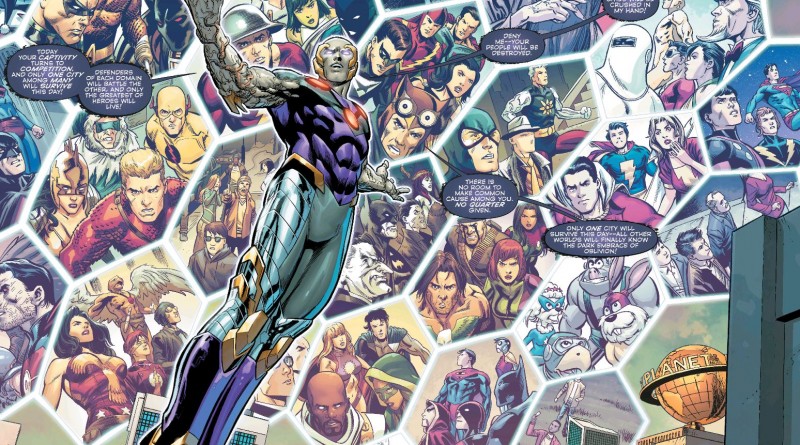 As of Convergence #1 the Injusticeverse is officially part of the DC Multiverse which opens countless of possibilities for the franchise to grow in terms of stories and characters.

Even though the Injusticeverse is one of the youngest in the DC Multiverse it already has a rich story combining several DC Multiverse Earths, a complex timeline and tons of characters. In this part of the website we will show you everything you need and want to know about it. To begin select one of the categories below. If you are new to comic books and the DC Multiverse, we suggest you start at the very beginning: