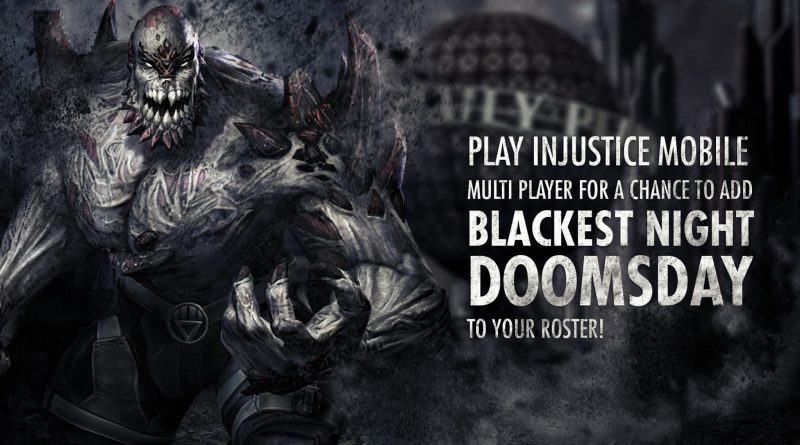 Blackest Night Doomsday is the first new Injustice Mobile character to be made available through the Multiplayer challenges after Metahuman Flash and Reverse Flash were introduced in version 2.6. Blackest Night Doomsday’s passive ability is called Dark Momentum and allows him to increase the damage caused by his Special Attack up to 2X while he is tagged in.

To obtain Blackest Night Doomsday gold character you will have to rank among the top 5% players during a multiplayer season in which he is the reward.

As each other multi player challenge you can expect Blackest Night Doomsday to show up every once in while so if you have missed it so far you will definitely get another chance.