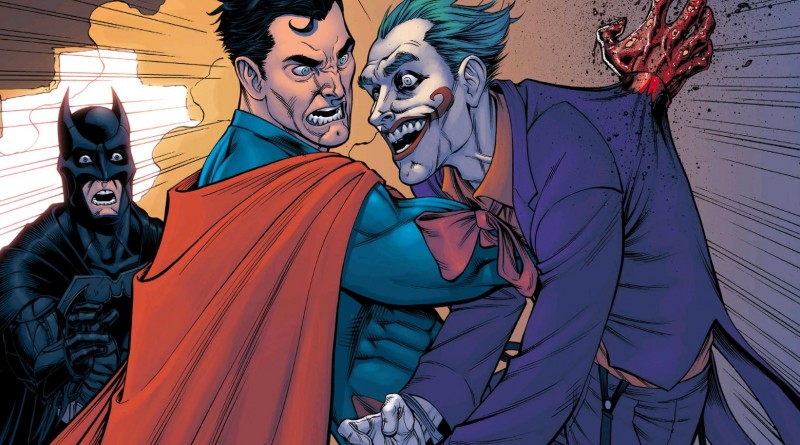 In this article we will take a closer look at the DC Multiverse Earths that are currently relevant for the Injustice: Gods Among Us franchise and as such are part of the Injusticeverse:

The Injustice Earth is occupied by the members of the Regime and the Insurgency and is the main dimension for the Injusticeverse where most of the events take place. On this Earth an influenced by the Joker Superman kills Lois Lane and his unborn child.

Driven mad by the grieve Superman kills the Joker and decides to enforce peace on the planet. Taking the law into his own hands, Superman crosses lines which a superhero should never cross. All this leads to his ultimate corruption and his transformation in the main antagonist in the Injusticeverse.

Superman’s Regime faces its most formidable adversary in the face of Batman’s Insurgency, whose members refuse to fall in line at Superman’s command.

After 5 years of struggle most of the heroes and villains have either joined Superman or have lost their lives fighting his Regime. With only several Insurgency members still alive, Batman is forced to look for help elsewhere. He finds it in the Justice League members of another Earth.

This Earth is very similar to New Earth (also known as Earth-0), the main Earth of the DC Multiverse. It is however not yet confirmed that they are one and the same, so we are currently treating them as separate Earths.

It is home of the superheros that were transported to the Injustice-Earth to help Batman in his fight against Superman’s Regime.

Several other dimensions are seen on the pages on the Injustice: Gods Among Us comics. These include but are not limited to: