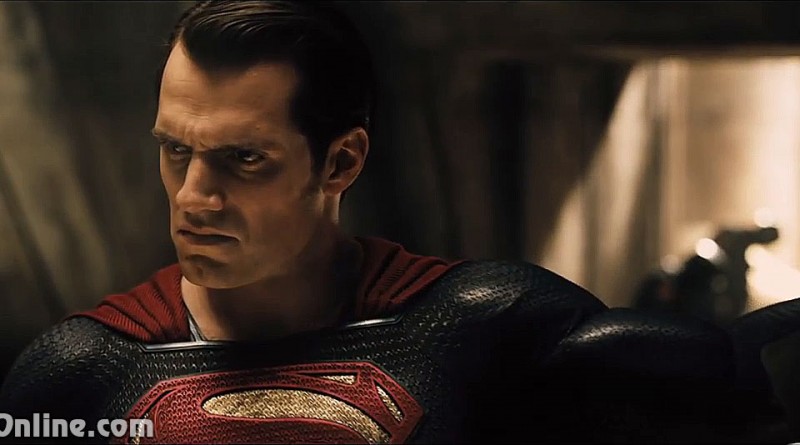 A little while ago rumors spread around Internet that The Flash’s outfit in the Superman V. Bat: Dawn of Justice movie will have more of a metallic look to separate the character from The Flash from the ongoing CW TV series. The first think we thought of when the rumor first appeared was The Flash from Injustice: Gods Among Us:

When the rumors first spread out, we though, well it makes sense. The Injustice comics are a best seller, the console game was a success, the mobile game is still very much alive and has millions of players. We also asked ourselves, if these rumors are true, will this be the only part of the movie inspired by the Injustice franchise.

This question was clearly answered with a huge NO when the latest a teaser trailer for the movie was released. Take a look:

So, now you understand the huge NO. We have sort of an angry, pissed off Superman. If you didn’t know the character you might thing that he is the villain in the movie. Oh, wait… you know this look and you know this character, you already saw it in the Injustice: Gods Among Us game and in the comics. Take a look at some screenshots from the trailer:

Still not convinced, take a look at these two screenshots:

We personally love it. The movie will definitely not be following the game in any way and Batman and Superman will be on the same team at the end. But the idea that even a small part of the movie might remind us of the Injustice franchise is an acknowledgment for the quality of the story itself. So lets now take a look at the past with this Injustice: Gods Among Us Story trailer:

But lets look objectively and ask ourselves what might be going on.

1. Trailers tend to lie. Yep they do. We don’t say this one does, but very often the scenes are intentionally cut in a way that is misleading. The goal to misrepresent the movie of course and to get people additionally excited
2. We do not know the circumstances. Lois isn’t going any where last time we checked, but there might be other reasons for Superman to act like this.
3. Is this another red K episode. Red Kryptonite has properties that can change Superman’s behaviour dramatically. This type of Kryptonite was often use in the TV series Smallville to remove Clark’s moral restraints. Another type of Kryptonite that can cause similar effect is black Kryptonite.

Whatever the reasons, we find it interesting that the spin Injustice has put on Superman’s character is finding popularity and acceptance in another formats.

And to finish this article lets take a look at the final Batman V Superman: Dawn of Justice trailer: