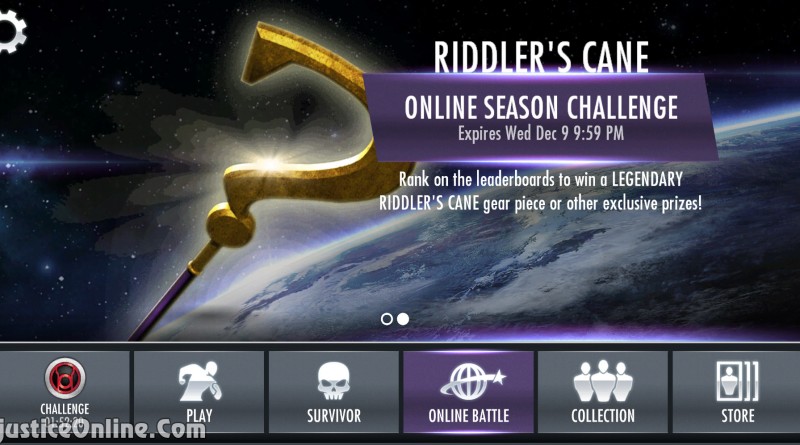 The next Injustice Mobile multiplayer season challenge has already arrived and now you have the chance to obtain a 4-star gear, Riddler’s Cane. This gear is one of the rarest to appear in the multiplayer challenge so try not to miss it when it is available.

To obtain the gear you need to rank among the top 5% of the players during the season.