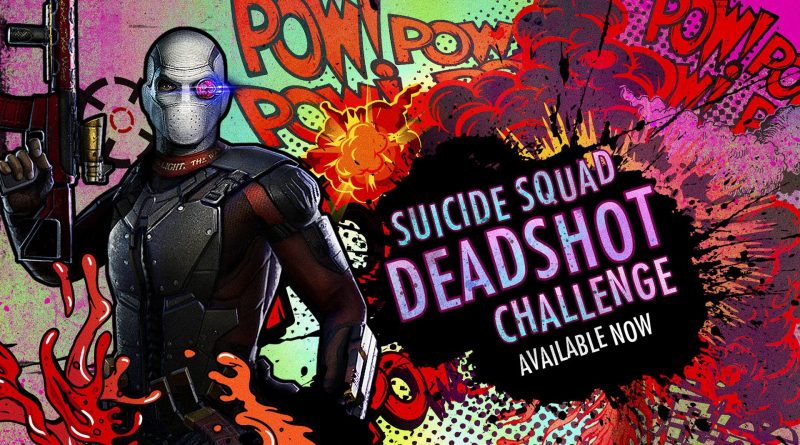 Suicide Squad Deadshot is based on Will Smith’s portrayal of the character in Warner Bros’ 2016 Suicide Squad movie: Suicide Squad Deadshot has some impressive basic stats and a very interesting and powerful passive ability that will automatically increase the power of all your team members:

Attack: 1450
Health: 1250
Passive: I Never Miss
Description:
All aiming mini games have a 50% bigger “Sweet Spot” to attain max damage which will be up from 200% to 250% damage
If a Suicide Squad member is fighting there is a chance for an Off Screen Assist from Deadshot.

Suicide Squad Deadshot’s challenge is unique in several different ways. First, its first difficulty level is extremely accessible even for new completely new players as it has no additional requirements, includes only 45 battles instead of the usual 63, doesn’t require challenge credits (this is also relevant for the other difficulty levels) and includes fairly easy opponents.

To beat the challenge on the second and the third difficulty level you must have Deathstroke, Lobo and Superman on your team. There is bronze/silver version of Deathstroke, so he shouldn’t be a problem even for newer Injustice Mobile players. Most players probably also have a Superman on their team as there are so many versions of the character. As for Lobo, he is currently available in the Alien Invasion Pack, together with Darkseid and Martian Manhunter.