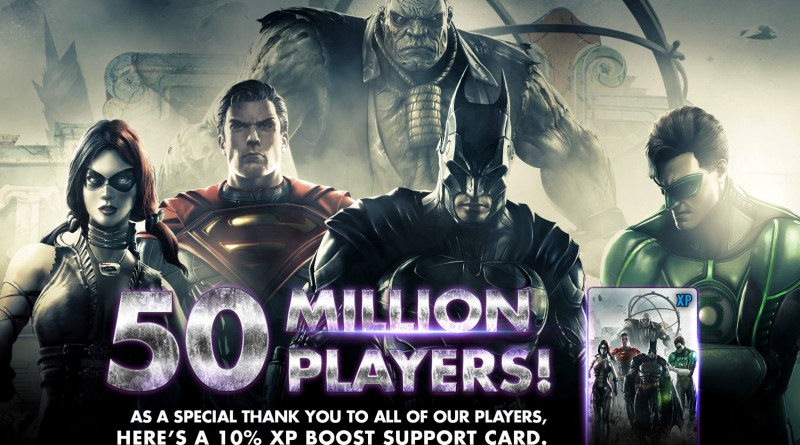 Netherrealm Sutdios and Warner Bros. have announced that the mobile version of Injustice: Gods Among Us has just reached 50 million players.

As a thanks you gift, everyone who has already updated to version 2.5 of the app will receive a free 10% experience boost support card.

It is amazing how popular the mobile version of Injustice: Gods Among Us is after almost two and a half years after its release. Congratulations to developer Netherrealm Studios and publisher Warner Bros.

What is you favorite characters from the game, tell us in the comments section.