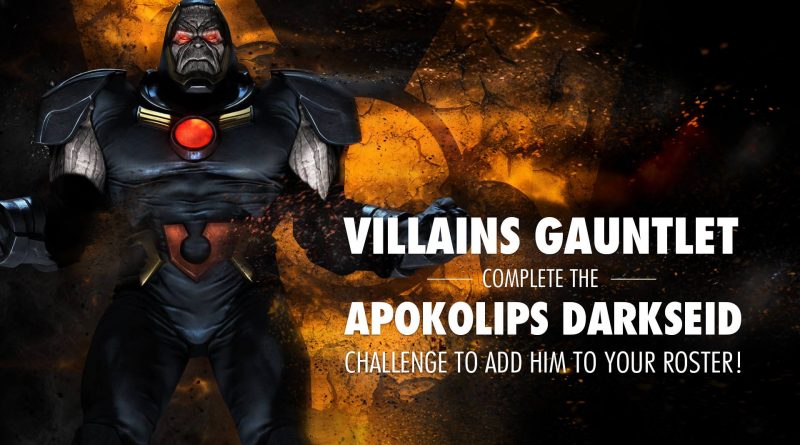 Apokolips Darkseid has been long expected by the fans since he is almost the last of the new Injustice Mobile characters to be added with version 2.6 of the game.

His impressive stats and unique passive ability, Black Racer, will make him a fun and powerful character to have on your team. Stop by later for our Apokolips Darkseid Character Guide.

Apokolips Darkseid is the sixth character from the Injustice Mobile v2.6 update. If you want to know more about this update take a look at these news:

To beat this challenge you must have Bane, Nightwing and Wonder Woman on your team. There are bronze/silver versions of all of them so this shouldn’t be a problem even for newer Injustice Mobile players.