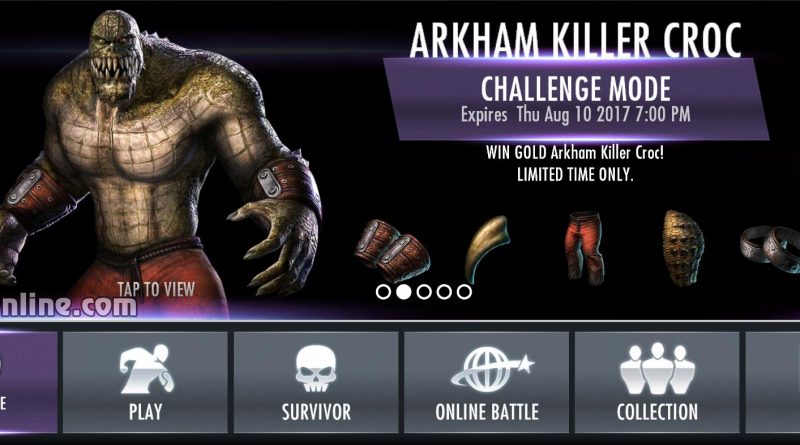 The next Single Player Injustice Mobile challenge is here. You get the chance to obtain the Arkham Killer Croc gold characters:

Arkham Killer Croc is one of the mobile exclusive Injustice: Gods Among Us characters, meaning he was not playable in the console version of the game. In fact he only appeared in a stage transition in that game. Arkham Killer Croc joins characters such as Darkseid, Static, Jessica Cruz, Arkham Knight and Deadshot who are also mobile exclusive and did not appear in the console version of Injustice: Gods Among Us. The character was added in Injustice Mobile version 2.16.

Killer Croc also appeared in the Injustice: Gods Among Us comics.

To beat this challenge you must have Harley Quinn, Flash and Sinestro on your team. There are Bronze/Silver versions of all these characters so this challenge shouldn’t be a problem even for newer Injustice Mobile players.