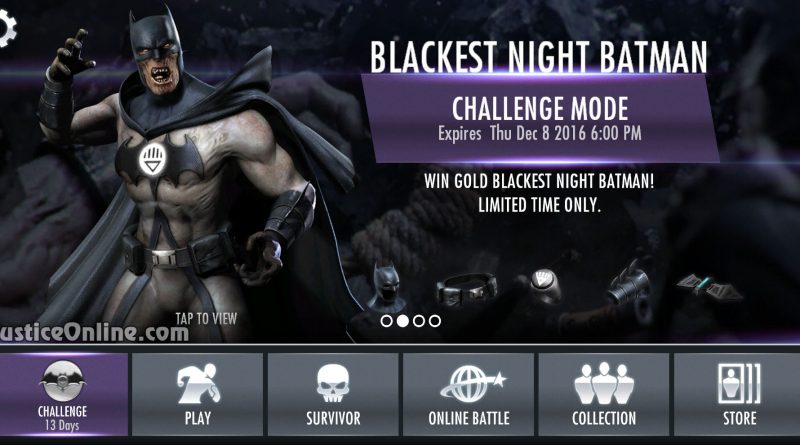 The next Single Player Injustice Mobile challenge is here. You get the chance to obtain Blackest Night Batman gold character.

The character is based on the Blackest Night Batman character from the comics.

To beat this challenge you must have Catwoman, Nightwing and The Joker on your team. There are Bronze/Silver versions of all three characters, so this challenge shouldn’t be a problem even for newer Injustice Mobile players.

One thought on “Blackest Night Batman Challenge For Injustice Mobile”