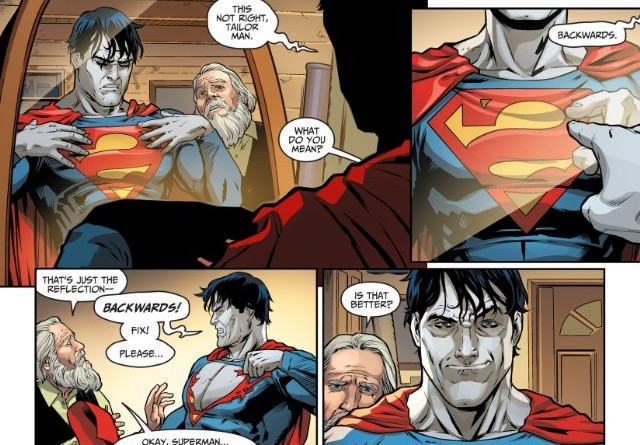 As Bizzaro tries to figure out who he is in a small city in Germany and Batman is assembling a team to save Catwoman before Bane and Killer Frost have killed her, the Injustice comics pays a visit to a character that was left a bit in the shadows:

Damian Wayne, Batman’s son, the murderer of Dick Grason has decided to pay a visit to Blüdhaven. The all grown up Robin realizes however that he is being followed. A dangerous group of assassins want him to accept his destiny as heir to the demon. His response is only there to show us that Damian Wayne is ready to achieve a how new level of disgrace.