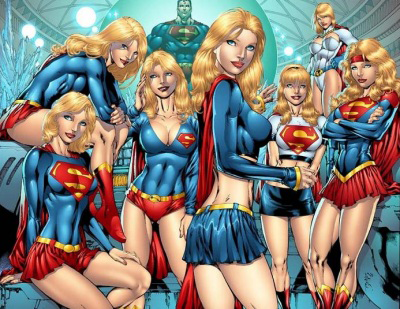 With the latest update (2.6) of Injustice Mobile, Netherrealm Studios added among other things a lot of new characters to the game. (You can read the details here).

All additions are really great but it made us think about what other characters deserve to join the party. So here is our list of DC characters who deserve to be in Injustice Mobile:

Black Canary played a major role in the Injustice Year 1 and Year 2 comics and was transported to another Earth by Dr. Fate after she was nearly killed by Superman at the end of Year 2. Given the popularity of the character and her current presence in the Arrowverse, Black Canary will be a great fit for Injustice Mobile.

Another character that played a major role in the Injustice comics, Year 3 to be precise. John Constantine is a working class magician, occult detective and con man stationed in London. He is known for his endless cynicism, deadpan snarking, ruthless cunning and constant chain smoking, but is also a passionate humanist driven by a heartfelt desire to do some good in his life. A character with these qualities will be great in the game. And with him coming to CW’s Array this season, time couldn’t be perfect.

One of the greatest and most dangerous supervillains. A humanoid android and a major foe of Superman. We will not only welcome him in his comic book version in the game, but would be happy to see one inspired by the Smallville TV Series. Brainiac also appeared in Convergence, comic book series that also features character from the Injustice comics.

If you compare the amount of Batman related characters in the game with the number of Superman related, you will realize that Netherrealm Studios hasn’t been exactly fair to the Man of Steel corner of the DC universe. Which is why we believe that Supergirl will be an amazing addition, probably not only to the game itself but also to Year 5 of the comics. How will Kara Zor El react when she learns what Kal El has been doing for the past few years? With the Supergirl TV Series around the corner, her addition couldn’t come at a better time. Dr. Fate is probably one of the most desired and deserving of an inclusion in the game characters. There were a lot of rumors that he would be a DLC character for the console game but that did not happen. So, how about adding the all knowing Dr. Fate to the Mobile game and not just as a supporting card? Dr. Fate has a major role in the Injustice universe and will be amazing in the game.

Guess you didn’t see this one coming? Yep, the smallest Lantern of them all. Chip was killed in Year 2 of the comics by Sinestro while he was battling Superman. His inclusion in the game might bring a diversity to the gameplay due to the size of the character. It might also be technically impossible as the other fighters might not be able to fight him at all. But never underestimate the squirrel.

This was our list of characters we think deserve to be in the Injustice: Gods Among Us Mobile game. Did we miss some of your favorites, let us know in the comments.