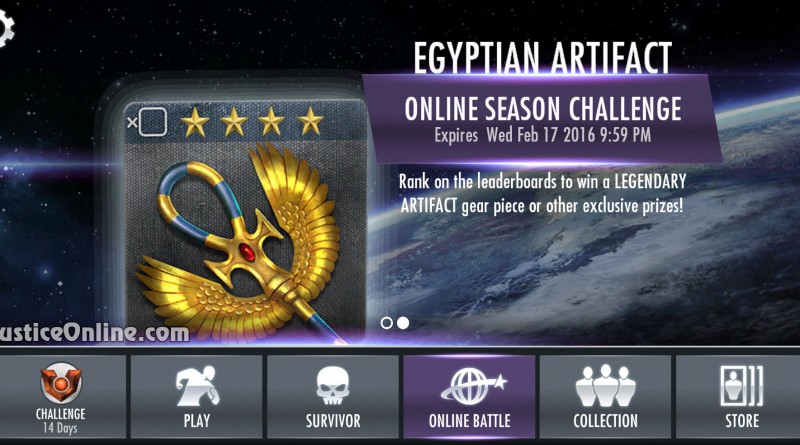 A new online season has begun for Injustice Mobile. For this season Netherrealm Studios is offering you to once again compete for the Legendary Egyptian Artifact Gear:

The Legendary Egyptian Artifact Gear will provide damage boost for special 1 and special 2 and also an increased power generation. Once fully evolved it will add 5% DOT damage to your specials.

To win it you need to be in the top 5% of all players at the end of the season.