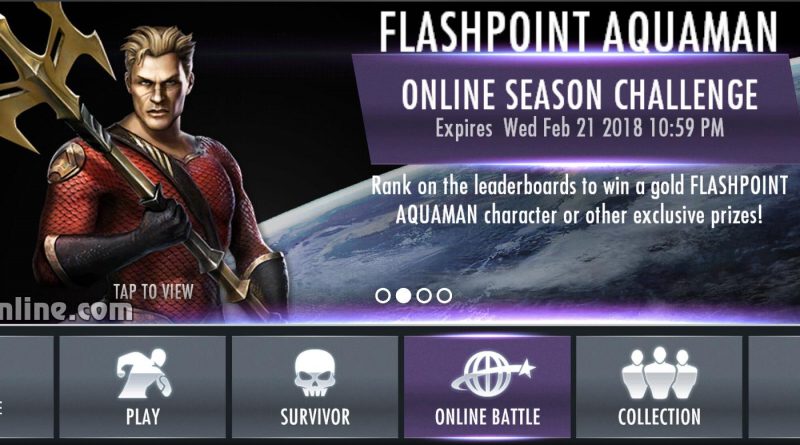 The next multiplayer challenge for Injustice Mobile is here. It gives you the chance to get the gold Flashpoint Aquaman character.

Flashpoint Aquaman is inspired by the Aquaman character from DC’s Flashpoint timeline. Take a look at his stats:

Health: 1350
Damage: 1250
Passive: Barrier Reef
Description: During combat Aquaman has a chance on Combo Enders to call the ocean to his aid. This drains all his opponent’s power by 10%. Flashpoint characters on Aquaman’s team gain a Water Shield on Tag-In that Reflect 40% of SP damage back at the enemy. Once hit the shield is used up until next Tag-In.

To get this character you need to rank at least among the top 5% players during a multiplayer season that offers the character card as a reward. Here are all the rewards for the season:

As with every other reward and challenge you can expect the Flashpoint Aquaman season to show up every once in while so if you have missed it so far you will definitely get another chance.