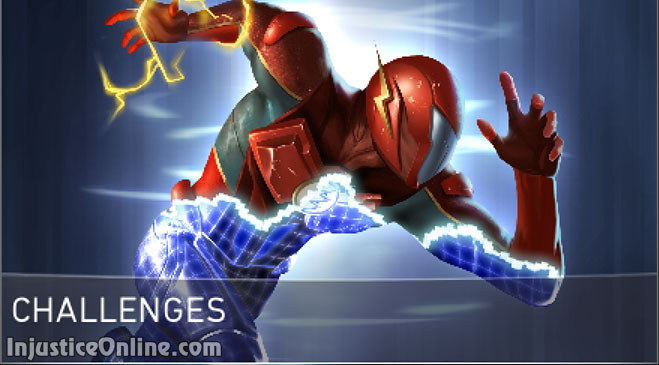 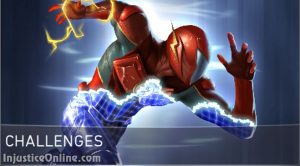 The very first Single Player Injustice 2 Mobile challenge is here. You get the chance to fight for gold Speedforce The Flash character shards and gear.

Moving faster than the human eye can track. The Flash cannot be hit while dashing back and forth. The Flash can also stun opponents with a flurry of kicks.

Speedforce The Flash is a three star gold metahuman class character and has the following basic stats: