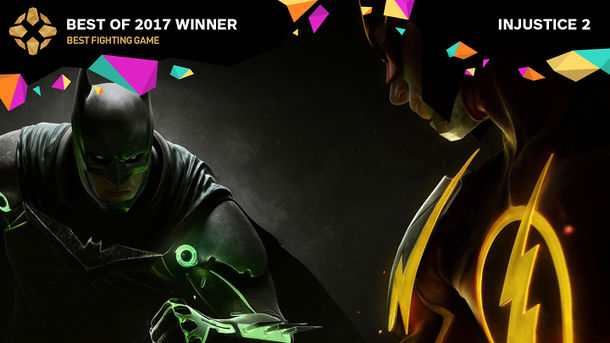 With 2017 behind us, it is time to see how Injustice 2 ranked among the other fighting games that were released that year. Netherrealm Studios’ sequel to Injustice: Gods Among Us was awarded Best Fighting Game of 2017 by IGN, The Game Awards and Game Informer. Lets take a look:

The Game Awards were the first of the three to award the game early on December 7th 2017. Injustice 2 won the Best Fighting Game of 2017 award going up against:

The final award came from Game Informer. The announcement was made on January 4th 2018. Click here to read what Game Informer had to say about Injustice 2.

Our congratulations to developer Netherrealm Studios for the well deserved rewards and for creating this excellent entry in the Injustice franchise. We cannot wait to see where the road will lead the series next.