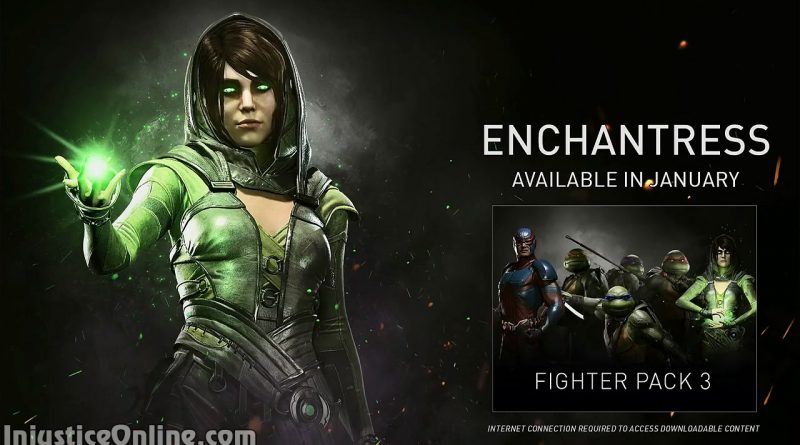 Netherrealm Studios and Warner Bros. have just released the gameplay trailer for the Enchantress, the second combatant of Fighter Pack 3 for Injustice 2. Take a look:

With some of her special moves, Enchantress will definitely remind long time Netherrealm Studios and Mortal Kombat fans of Quan Chi, a sorcerer from the Netherrealm and one of the most popular Mortal Kombat characters. We can’t wait to see whether he will be referenced in some sort though the character.

Enchantress has already been added to the game with Injustice 2 Version 1.14 and Netherrealm Studios only need to activate the character. A release date is unfortunately currently unknown. What we know is however that the character will become available this January.