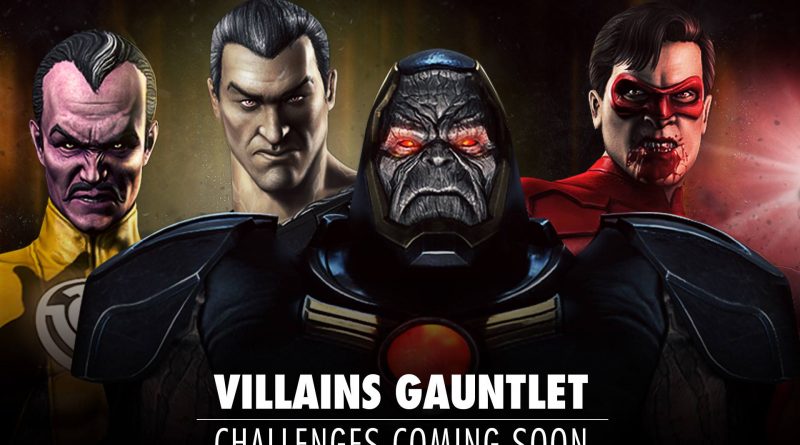 After the success on the last gauntlet challenges for Injustice Mobile, it is no surprise that Netherrealm Studios is repeating this event. This time the villains of the franchise are in the spot-lite with: So in case you are missing one of them you have the chance to acquire them now. Or if you already have them, there is your chance to easily promote them without spending that much money.

Do you like the choice of villains for this gauntlet? Who is your favorite? Let us know in the comment below.

It looks as if Netherrealm Studio is replacing Apokolips Darkseid with Bounty Hunter Lobo. Or may be Darkseid is coming after Lobo. We will keep you informed.

It looks like there was a problem on Netherrealm Studio’s side and Bounty Hunter Lobo was activated as a mistake. The problem was apparently fixed and now the Apokolips Darkseid single player challenge is available as it was initially planned.

Currently there is no official statement from the developer regarding the problem.