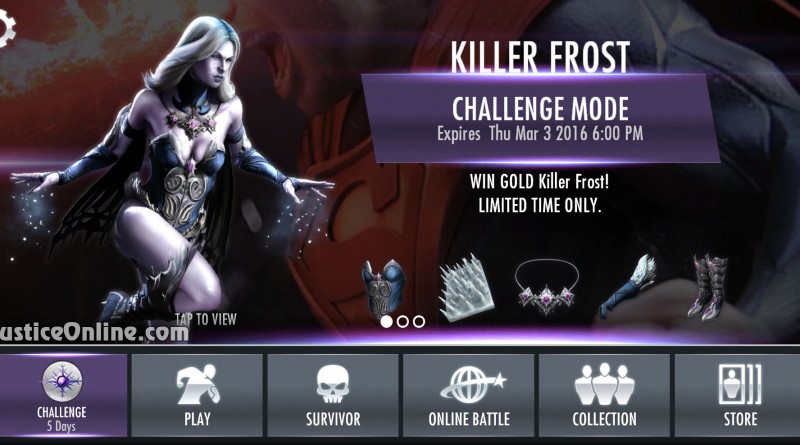 Those of you who missed the Killer Frost challenge when it was initially available are in luck. Netherrealm Studios has decided to repeat the single player challenge for a short period of time: Killer Frost is one of the most interesting characters in the game due to her ability to slow down her opponents after performing her Special 1 move, causing a lot of damage to them in result of that.

The challenge will be available until March 3rd, 2016.