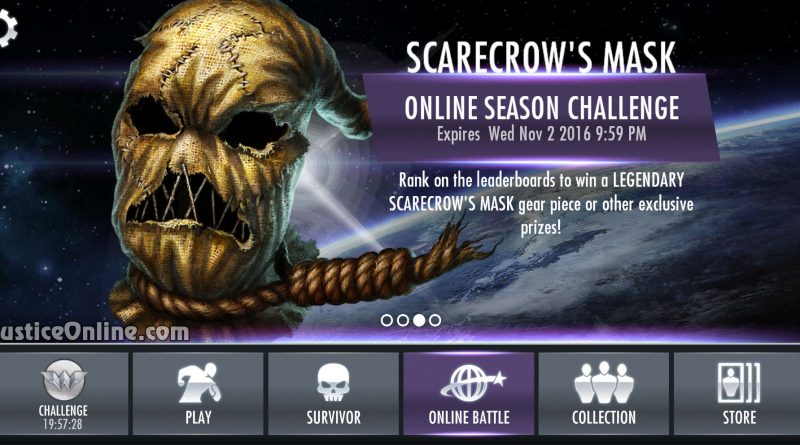 Scarecrow’s Mask Legendary Gear has been added with Injustice Mobile version 2.12 as a reward for a multiplayer challenge. It is one of the few gear cards that belong to a character not present in the game.