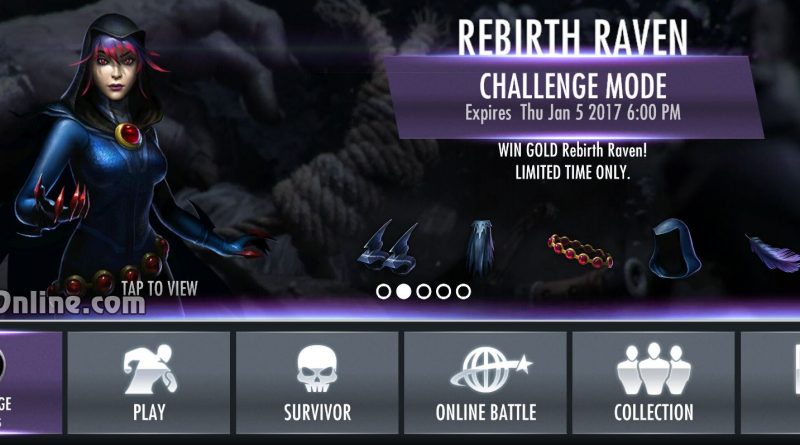 The next Single Player Injustice Mobile challenge is here. You get the chance to obtain the Rebirth Raven gold characters.

Rebirth Raven has great basic stats and a dangerous passive ability. When combined with other Rebirth characters, she becomes even more powerful and useful. This makes her a very powerful ally and a dangerous foe. Take a look:

Attack: 1300
Health: 1350
Passive: Demonic Pact
Description: On Tag-in, Raven siphons her opponent’s power if it is more than hers. If Two Rebirth characters are on her team, she receives 3x more Energy [sic] per critical hit.

To beat this challenge you must have Black Adam, Harley Quinn and Lex Luthor on your team. There are Bronze/Silver versions of all these characters so this challenge shouldn’t be a problem even for newer Injustice Mobile players.

One thought on “Rebirth Raven Challenge For Injustice Mobile”