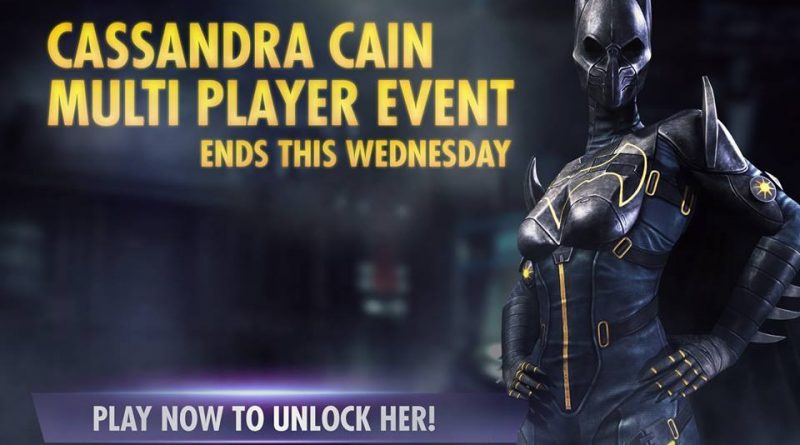 The Multiplayer Challenge for one of the most desired Injustice Mobile characters is once again available. For the next 7 days you will be competing in Online mode for Cassandra Cain Batgirl:

Cassandra Cain Batgirl is an incredibly powerful gold character with devastating Special 1 and passive ability. She takes 25% of the opponent’s remaining health on tag in.

To obtain the Cassandra Cain Batgirl you will have to rank among the top 5% players during the new multiplayer season. The challenge has been available among other on the following:

The challenge has so far been available among others on the following dates: