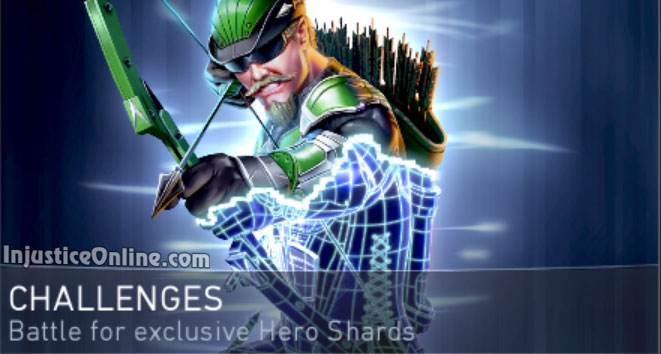 The next Single Player Injustice 2 Mobile challenge is here. You get the chance to fight for gold Ace Green Arrow character shards and gear: 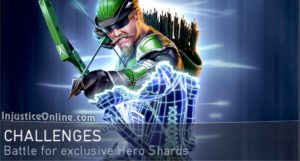 As he tags out, Ollie fires an electrical smoke arrow from his arsenal, briefly stopping the power generation of his opponent. Green Arrow may also use an electric arrow to power drain his opponents.

Don’t waste your super meter on the weaker characters. Build up to a super and attack Ace Green Arrow with it.