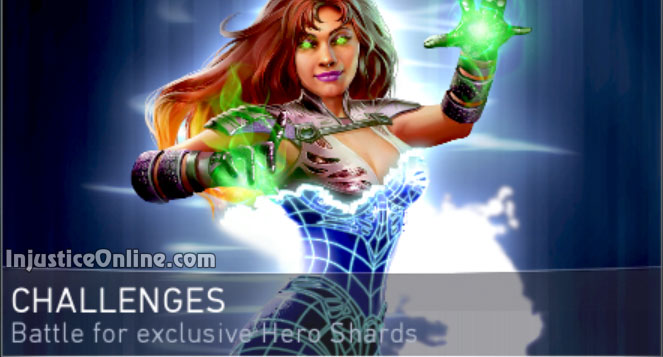 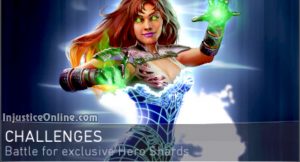 The next Single Player Injustice 2 Mobile challenge is here. You get the chance to fight for gold Energized Starfire character shards and gear.

Princess Koriand’r regenerates health as her opponent spends power. Also the next Queen of Tamaran heals her teammates when using her Starry Night Supermove.

Energized Starfire is a three star gold agility class character and has the following basic stats:

Threat: 1750
Health: 726
Damage: 188
Passive: Energy Absorbtion
Description: When the opponent spends Power, Starfire regenerates 1% Health per bar of Power. One Starfire’s Supermove, she releases energy healing her team for 5% – 20% of their health.