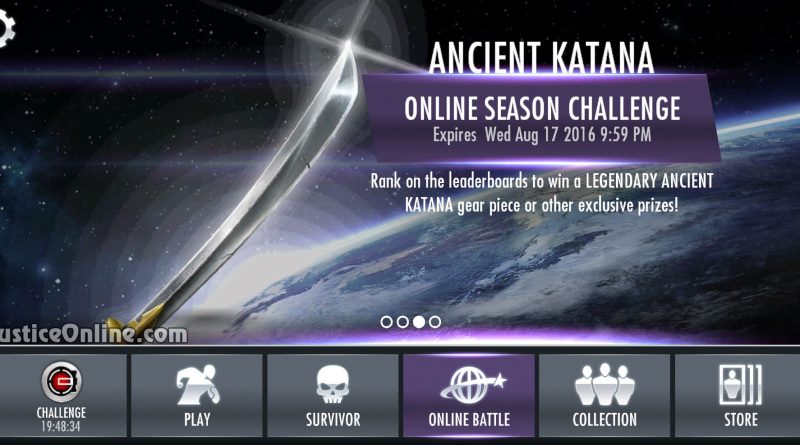 Injustice Mobile 2.11 or as we all call it the Suicide Squad update brought us not only new characters but also several new gear cards. One of them can be acquired through the Multiplayer Challenges of the game: Ancient Katana Gear.The Ancient Katana gear can be evolved to the Soultaker Sword gear. The gear possesses the following properties: