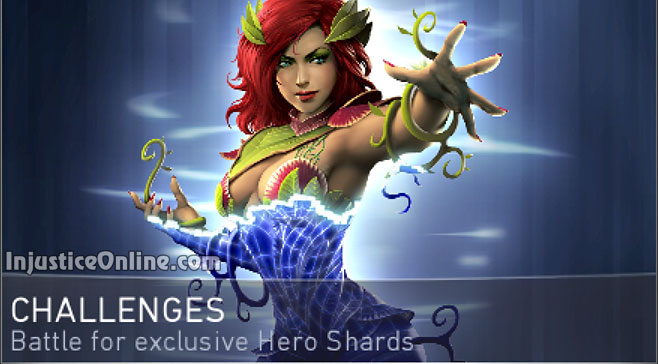 The next Single Player Injustice 2 Mobile challenge is here. You get the chance to fight for gold Entangling Poison Ivy character shards and gear. 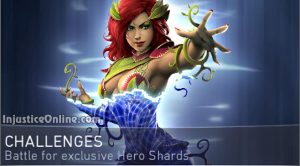 Ivy utilizes plant-based abilities to hinder the movement and advanced attacks of her opponent. Also, her Bad of Thorns ability can slow the power generation of its victim while dealing damage over time (DOT)

Don’t waste your super meter on the weaker characters. Build up to a super and attack Entangling Poison Ivy with it.