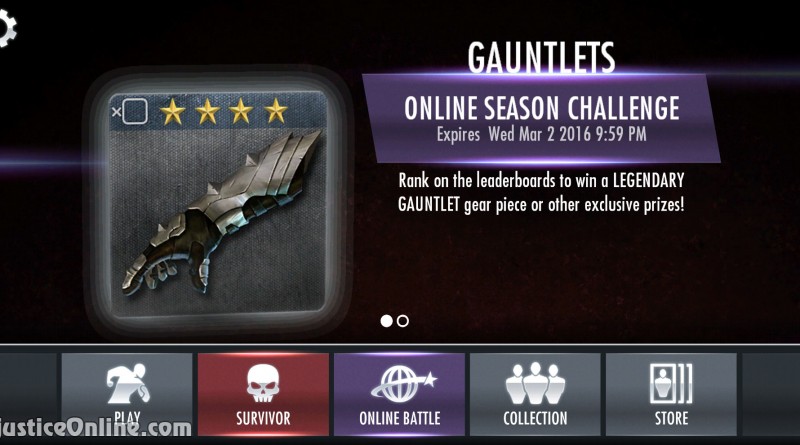 A new online season has begun for Injustice Mobile and this time Netherrealm Studios is giving you the chance to compete for yet another Legendary gear card: Gauntlets a.k.a. Gloves of Azrael:

To win it you need to be in the top 5% of all players at the end of the season.