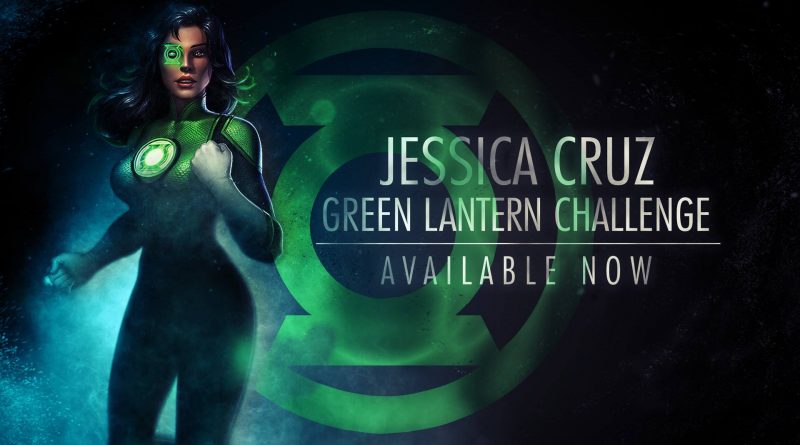 The next Single Player Injustice Mobile challenge is here. You get the chance to obtain the Rebirth Jessica Cruz gold characters.

Rebirth Jessica Cruz is a variation of the Green Lantern character and is inspired by the currently ongoing DC Rebirth comic book series. The character was added in Injustice Mobile version 2.13.

Attack: 1325
Health: 1325
Passive: Lantern’s Might
Description: Each Green Lantern on her team extends her Special Attack 2 by one hit and adds combat effects. Her combo-ender has a chance for Kilowog to put the opponent in stasis with his ring.

Rebirth Jessica Cruz is the first female variation of Green Lantern in the game and the second with a name that do not include Green Lantern after Red Lantern Hal Jorden.