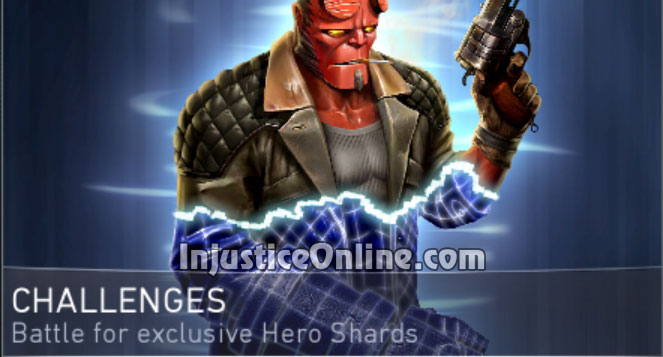 The next Single Player Injustice 2 Mobile challenge is here. You get the chance to fight for gold Hellboy character shards and gear: 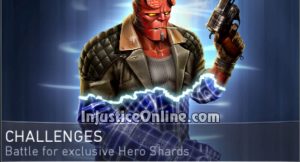 As a member of the Bureau for Paranormal Research and Defense, Hellboy has defended the world from fiends, witches, demons, and more than a few Lovecraftian Gods. A specialist in monster disposal, he gains boosts to his attack and defense when facing Arcane opponents and heals from incoming damage over time (DOT) attacks.

Hellboy is a two star Arcane class gold character and has the following basic stats:

10% attack and defense against Arcane opponents.

To unlock the character you will have to collect 60 shards.

Don’t waste your super meter on the weaker characters. Build up to a super and attack Hellboy with it.