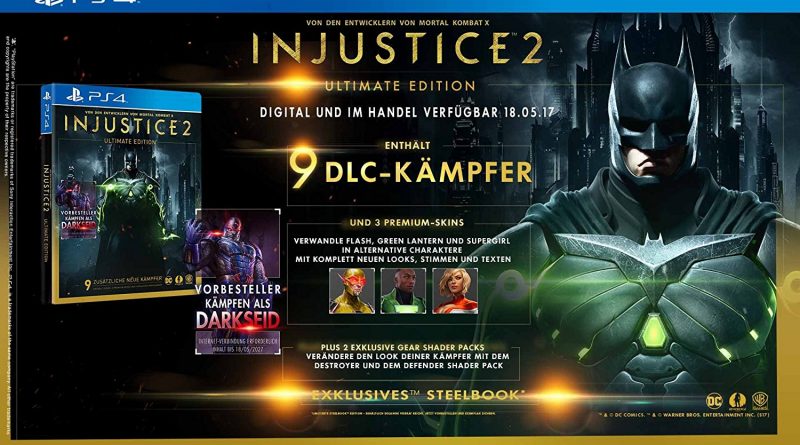 For several days, European Injustice fans have been wandering when Injustice 2 will be released in Europe and whether the same editions of the game will be available on the old continent, as developer Netherrealm Studio had previously only announced the information for the US. As we mentioned, we didn’t expect much of a difference for the different territories and we were right. There are however some good but also some bad news. So, without dragging this any further, here are the release dates for Europe:

In Europe fans of the franchise will be able to choose between the same three different editions of the game:

More information about the different editions of the game can be found here.

In most European countries (United Kingdom, Spain, Italy, Bulgaria, etc..) the game will released on May 19th, 2017. Exception to this seems to be Germany where the game will appear a day earlier on May 18th, 2017.

The bad new is, that this is still 2-3 days after the US release, which is forever when it comes to the release of your favorite game, as the Internet will already be full of streams, spoilers and information about the title.

What edition of the game will you be buying, tell us in the comments below.