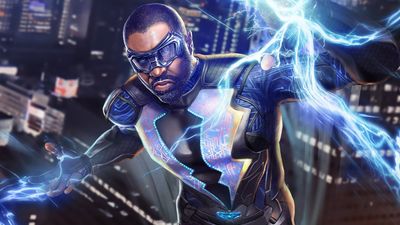 Netherrealm Studios has released Injustice 2 Mobile version 2.1 for Android and iOS devices. This release brings an expansion of the Leagues mode with missions, several changes to the Arena mode, a much anticipated new hero in the face of Multiverse Black Lightning and more. With the release of this version Netherrealm Studios also announced that there will be a delay in the shard exchange system due to a discovered bug. 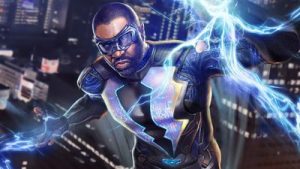 Lets take a look at all the changes in this version.

Paid Refreshes Number Lowered:  The amount of refreshes players may purchase has been reduced to a maximum of 2 every 24 hours.  The previous amount was 10.

Note that Arena rewards are NOT changing in any way.  Since these changes affect everyone equally, they will reduce the grind for players in Arena while allowing more opportunities for players to better enjoy other game modes such as Leagues, Campaign and Challenge. 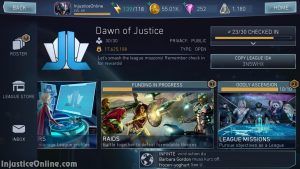 Inspired by the new CW TV series, Black Lightning joins the roster as the new Multiverse Arena character. Battle your way to the top with his electric moves and earth shaking attacks. Black Lightning’s opponents will struggle to keep their power when they are up against this Metahuman! Available as an Arena hero and special offer. 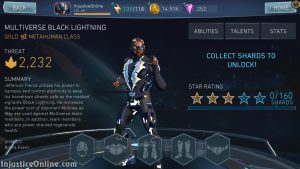 Take your battles to the next level with Multiverse Black Lightning’s super moves! Here’s a look at his abilities:

We will release the new hero the week of Valentine’s Day and will provide more details soon.

Netherrealm Studios made a lot of other smaller changes. Here is a list of all of them:

What do you think about the Injustice 2 Mobile Justice League update? Tell us in the comments sections below.