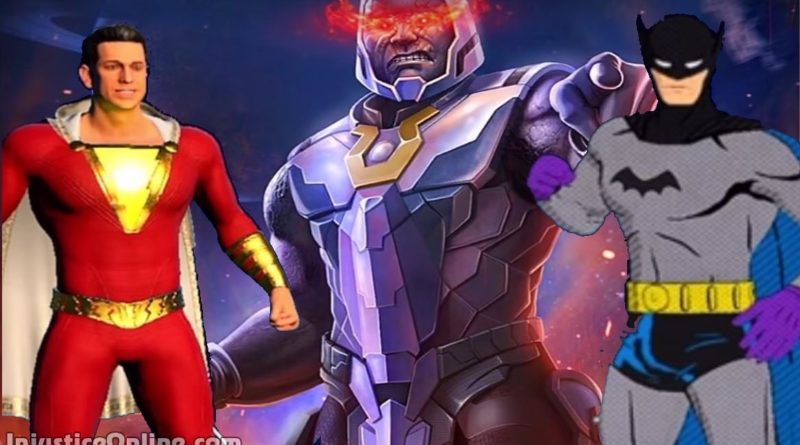 Version 2.8 of Injustice 2 Mobile is meant as a promotion for the upcoming Shazam movie

Shazam joins Injustice 2 Mobile as a playable character. He will be available as an arena challenge and add massive increase to different character stats for his team mates.

Classic Batman is the second classic, comic book looking character of the game, with Classic Superman being the first. He is a playable character in Injustice 2 Mobile and will arrive in the form of an Arena Challenger.

Darkseid was a very powerful character in the beginning of Injustice Mobile and now he joins the roster of Injustice 2 Mobile. Currently it is not known, how you will be able to unlock him

Know something we don’t? Tell us in the comments below.