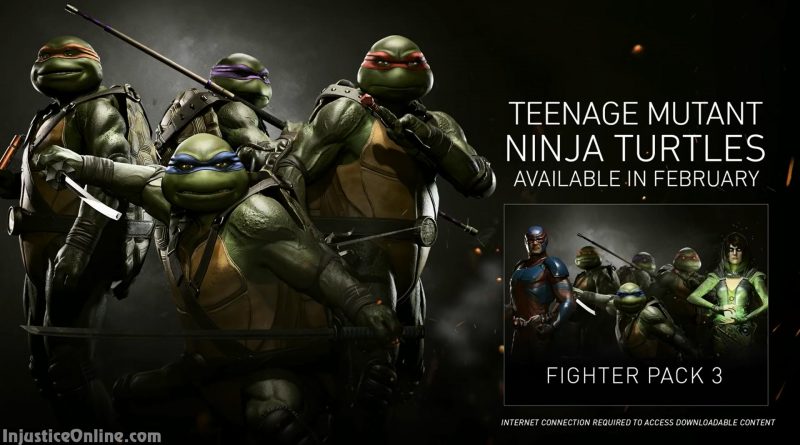 Deep below the surface, in the sewers of New York City, four turtle brothers were mutated by radioactive ooze and began training in the art of ninjutsu. While in a fight with the fearsome Krang—our heroes in a half-shell were jettisoned on a one way trip across the Multiverse.

Netherrealm Studios and Warner Bros. have just released the gameplay trailer for the long expected Teenage Mutant Ninja Turtles, the final combatant(s) of Fighter Pack 3 for Injustice 2 and it is amazing. Take a look:

What we see in the trailer are several assist moves and the ability to with each turtle. Ed Boon even explained how this is going to work in a tweet. Basically you have the ability to select the turtle you want to play as from the select screen of the game. So it’s basically it’s like getting 4 new characters at once. Netherrealm Studios did something similar with the Triborg character in Mortal Kombat X. Take a look at the video from the Ed Boon’s tweet:

The Teenage Mutant Ninja Turtles will be playable to owners of the Injustice 2 Ultimate Edition next Tuesday. The patch that will prepare the game for their arrival will be available later today on XBox One and PS4 systems.

What do you think about the Teenage Mutant Ninja Turtles? Tell us in the comments below.