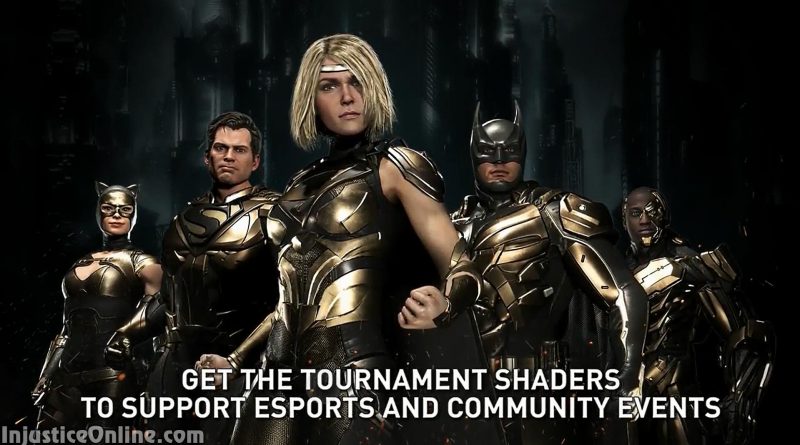 Netherrealm Studios has just announced the release of the special Injustice 2 Tournament Shaders. Take a look at the announcement trailer:

The Injustice 2 Tourmanet Shaders will be available for purchase starting today (July 31st, 2017). According to the official announcement made by Netherrealm Studios a portion of the proceeds from sales will be used to support the Injustice 2 tournament scene:

With a portion of the proceeds from sales going towards Injustice 2 tournaments and community events, purchasing the Tournament Shader is a great way to support the Injustice 2 esports scene.

Supporting the tournament scene means a great deal for the game. The longer the game remains relevant, the longer it will receive updates and new content.

Do you like the new shaders? Do you plan to purchase them? Tell us in the comments below.