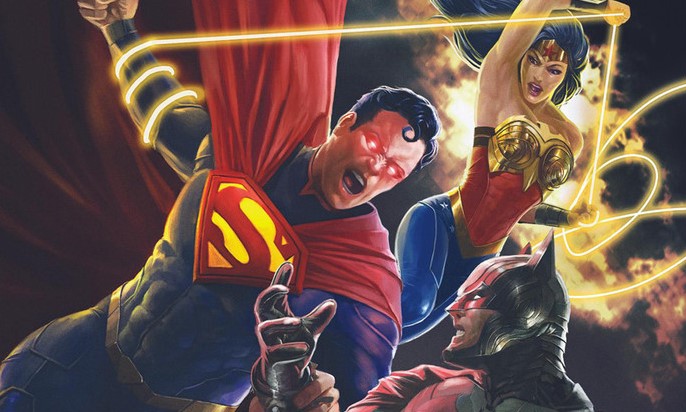 Ever since the announcement of the Injustice animated movie, we have been slowly learning more and more about it. Based on the hit video game series by Netherrealm Studios and the canon comic books started by writer Tom Taylor, this DC Animation feature is set to expand and further develop the popular franchise, bringing it to even more fans.

Recently the 4k Blu Ray box art has made its way online. Have a look:

With the box art revealed, we now also have a bit more information about the animated movie itself. Based on the pictures, the movie has a length of 78 minutes.

Different sources are also reporting some contradicting but close to each other release dates. Keep in mind release dates might differ between countries and regions. Current reports claim that the animated movie will be either be released on October 12th 2021 or on October 19th 2021.

Are you excited about the new DC animated movie, tell us in the comments below.