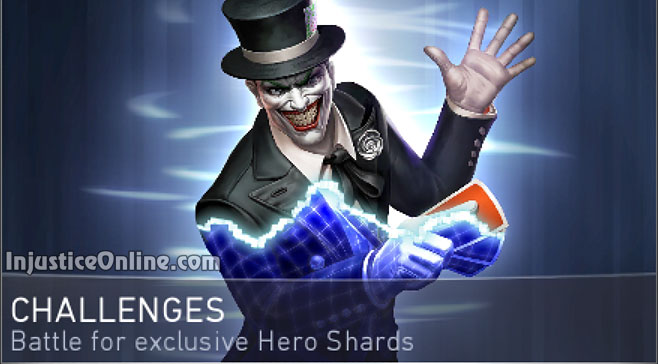 The next Single Player Injustice 2 Mobile challenge is here. You get the chance to fight for gold Last Laugh The Joker character shards and gear. 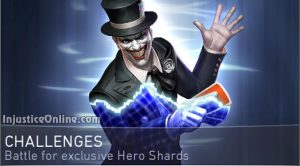 When anyone is defeated on either team, The Joker gains an increase to damage for the remainder of the battle.

Last Laugh The Joker is a three star gold agility class character and has the following basic stats:

Don’t waste your super meter on the weaker characters. Build up to a super and attack Last Laugh The Joker with it.