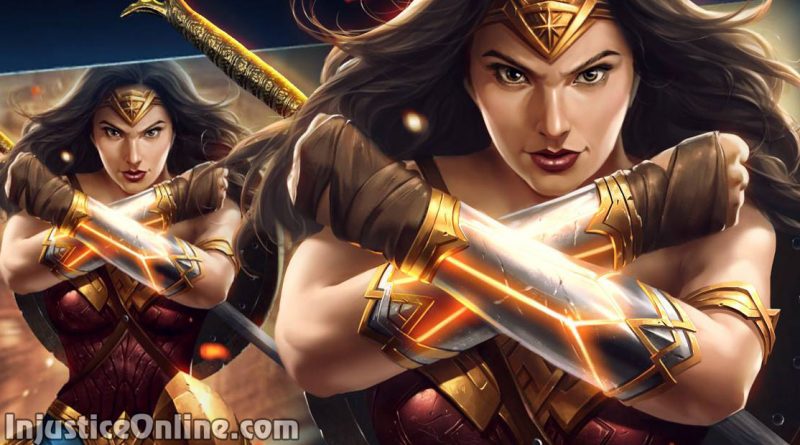 The next Arena Season reward for Injustice 2 Mobile is here. To celebrate the releases of both, the Wonder Woman movie and the Justice League movie, Netherrealm Studios and Warner Bros. are offering you the chance to fight in the Arena multiplayer mode and obtain gold Mythic Wonder Woman character shards. 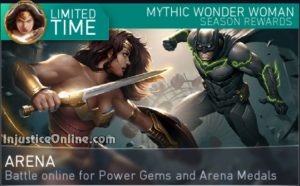 Character Summary:
With each enemy she defeats, Wonder Woman gains an attack bonus. She can also reflect damage back on the attacker with her Bracelet Block.

Mythic Wonder Woman is a three star gold might class character and has the following basic stats:

To obtain Mythic Wonder Woman character shards you will have to reach at least Elite I rank. Here are the shards per rank:

As with every other reward and challenge you can expect the Mythic Wonder Woman season to show up every once in while so if you have missed it so far you will definitely get another chance.