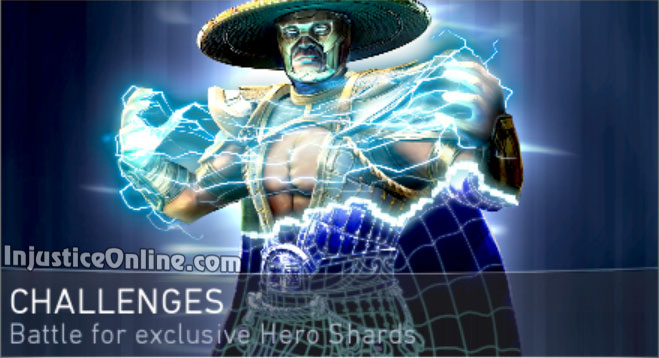 The next Single Player Injustice 2 Mobile challenge is here. You get the chance to fight for gold Raiden character shards and gear. Raiden is the second Mortal Kombat guest character in Injustice 2, alongside Sub-Zero: 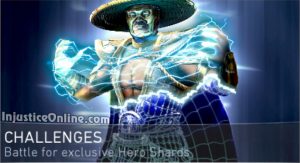 At battle start, The God of Thunder and protector of Earthrealm grants his team additional power per Arcane class member. In addition, Raiden’s Elder Shock ability deals variable amount of damage to tagged out opponents while his Divine Blast ability power drains.

Don’t waste your super meter on the weaker characters. Build up to a super and attack Raiden with it.