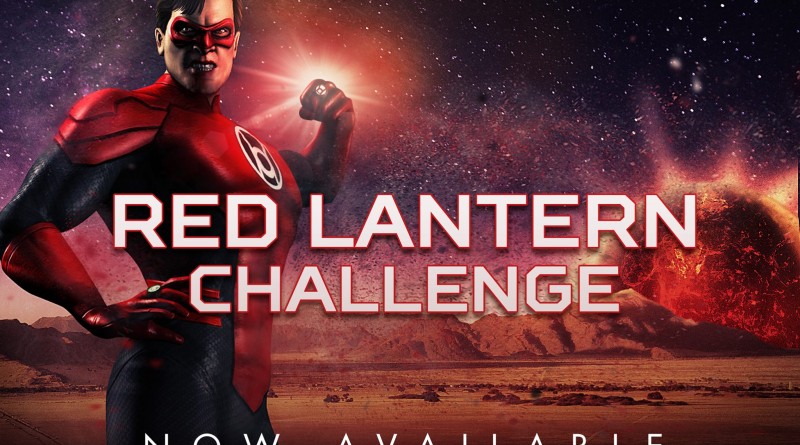 It is time for Hal Jordan to be taken over by the power of rage. The Red Lantern Hal Jordan challenge for Injustice Mobile has started. Very interesting about this gold character is that his super powers and special abilities will not drain his super meter but him health instead. This probably explains why he starts with 1736 health for level 1. In addition you will not be able to heal him in any way. Don’t expect him to be of a great assistance to you for Survivor Mode.

Want to know more about the Red Lantern Corps:

A group of berserkers led by Atrocitus, the Red Lanterns draw on rage to build constructs made of red light with their power rings. When they are inducted into the Corps, a member’s blood is replaced with liquid fire, and their heart is replaced with the ring, so if the ring is taken off, unlike in the cartoon series, the wearer will die. Members of the corps can expel this substance from their body at will like napalm, causing burns.

Red Lantern Hal Jordan is the second character from the Injustice Mobile v2.6 update. If you want to know more about this update take a look at these news:

Excited about the new character, let us know in the comments.