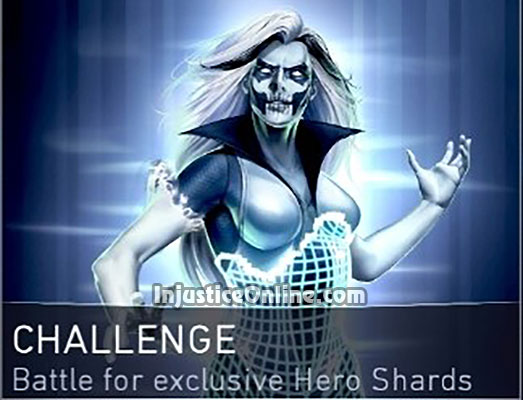 The next Single Player Injustice 2 Mobile challenge is here. You get the chance to fight for gold Silver Banshee character shards and gear:

Silver Banshee Torments her opponents, disabling their Specials and causing them to take extra damage from her and her Arcane teammates’ attacks.

Silver Banshee is a two star Arcane class gold character and has the following basic stats:

To unlock the character you will have to collect 60 shards.

Don’t waste your super meter on the weaker characters. Build up to a super and attack Silver Banshee with it.Beware however of her passive ability.