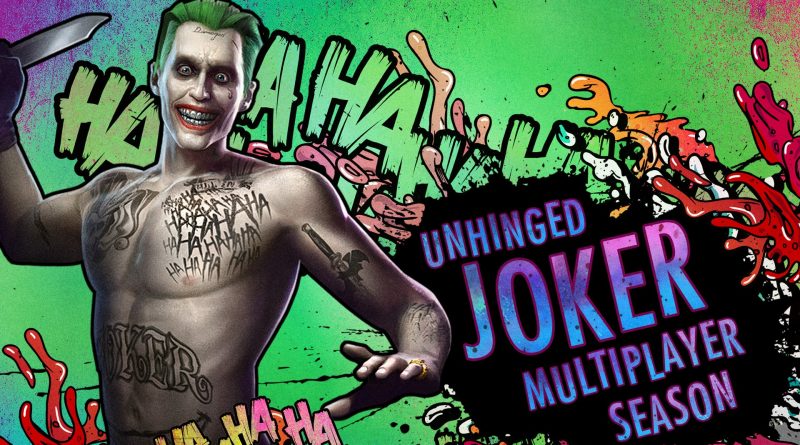 The very first Multiplayer challenge from Injustice Mobile version 2.11 or as it is known the Suicide Squad update is here. In the current multiplayer season you have the chance to compete for Suicide Squad The Joker Unhinged gold character:

Suicide Squad The Joker Unhinged is one of the two Joker characters introduced with the 2.11 update of the game. He is based on Jared Leto‘s portrayal of the character in Warner Bros’ 2016 Suicide Squad movie:

Suicide Squad The Joker Unhinged has some impressive basic stats and a very interesting and powerful passive ability that will make him a perfect addition to every team. Take a look:

Attack: 1400
Health: 1300
Passive: Unhinged
Description: The Joker can’t wait to show you his toys. A powerful random effect will occur on his SP1.

After The Joker defeats an opponent team member, he drives them insane and they will fight for you with reduced health. Can be triggered twice if using a team of 3 Suicide Squad characters.

To obtain Suicide Squad The Joker Unhinged gold character you will have to rank among the top 5% players during a multiplayer season in which he is the reward.

As each other multi player challenge you can expect Suicide Squad The Joker Unhinged to show up every once in while so if you have missed it so far you will definitely get another chance.