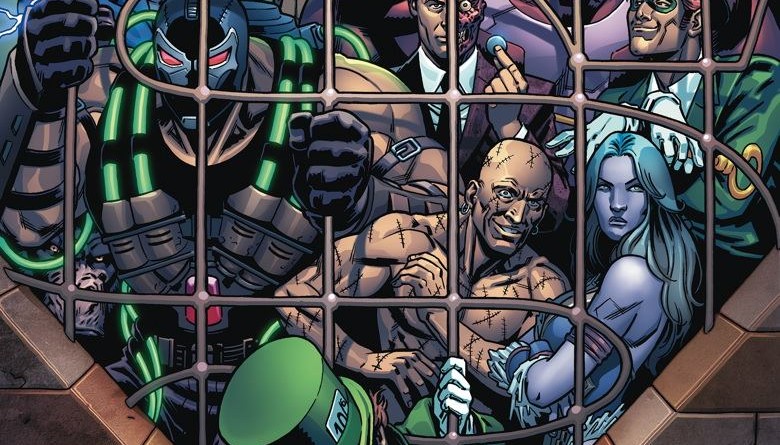 Tom Taylor, the original writer of the Injustice comics has just announced that he will be returning to write the Injustice: Gods Among Us Year 4 Annual #1, a special issue that will kick off Year 5: Tom Taylor wrote some of the most amazing, most action driven and deeply emotional Injustice stories when he was the writer during Year 1, 2 and 3 and we are really excited to see his return to the series even if it is for a just one single issue.

INJUSTICE: GODS AMONG US YEAR FOUR ANNUAL #1
Written by TOM TAYLOR
Art and cover by BRUNO REDONDO
On sale DECEMBER 30 • 48 pg, FC, $4.99 US • RATED T
Tom Taylor (EARTH 2, Superior Iron Man) returns to the series he launched for this one time special event that kicks off the story you’ll see in the upcoming INJUSTICE: GODS AMONG US: YEAR 5. In his efforts to maintain world peace and wipe out crime, Superman has locked up all of Earth’s villains, as well as his enemies (including the Green Lantern Corps), in an undisclosed, impenetrable facility. Now, a surprising new prisoner may have discovered how to free himself and everyone else from this previously inescapable location.
—
Just writing this annual and then Brian Buccellato will be stepping back in for Year 5. Great to be working with Bruno Redondo and Jim Chadwick again!

This news can also be interpreted as an announcement of Injustice Year 5.