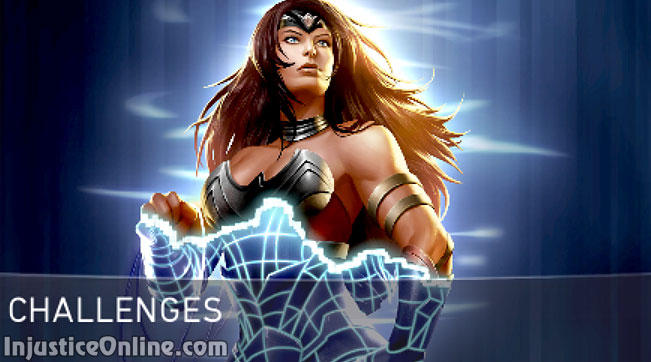 The next Single Player Injustice 2 Mobile challenge is here. You get the chance to fight for gold Warrior Queen Wonder Woman character shards and gear. 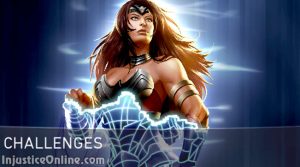 As Themyscira royalty, Diana may call upon an Amazonian warrior to fight in the place of a defeated teammate. Wonder Woman can also reflect damage back on the attacker with her Shield Block.

Warrior Queen Wonder Woman is a three star gold might class character and has the following basic stats:

Threat: 1795
Health: 792
Damage: 184
Passive: Amazon Warrior
Description: If a teammate is lost an Amazon Warrior with 55 Attack will replace them. Max once per Battle.

Don’t waste your super meter on the weaker characters. Build up to a super and attack the second Warrior Queen Wonder Woman with it.